A new two manual Eminent digital organ was installed in October 2007. The console and speaker system are at the East end of the South Aisle.  The new organ has 37 speaking stops and tremulants to both Swell and Great. The Great and Swell organs are under separate expression. 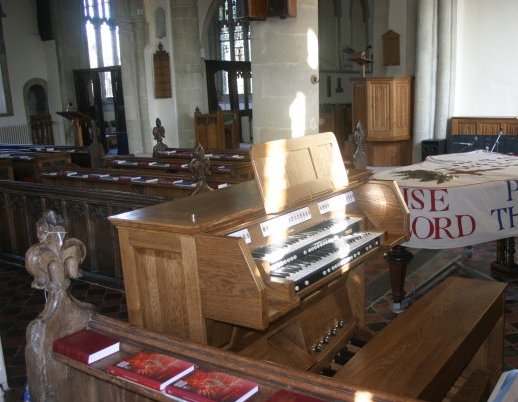 A conventional two manual pipe organ, built by Norman and Beard in 1916 was installed in 1967 by church members. Originally built for a London Church which was bombed, it was then acquired by Slough Methodist Church but never installed there. It was then sold to St. Mary's Church.  After taking expert advice from church organ specialists and diocesan advisors a decision to replace this instrument with a modern digital organ was taken as part of the Millennium II reordering and renovation project undertaken by the church in 2007.  Although a number were keen to see the existing instrument restored, it became clear after consultation that the cost to the church could not be justified on a third hand organ never originally designed for our church building.

Dan Price took some wonderful atmospheric photographs of the old organ console in 2007 just before it was dismantled.  We are grateful to him for permission to reproduce his photographs here. 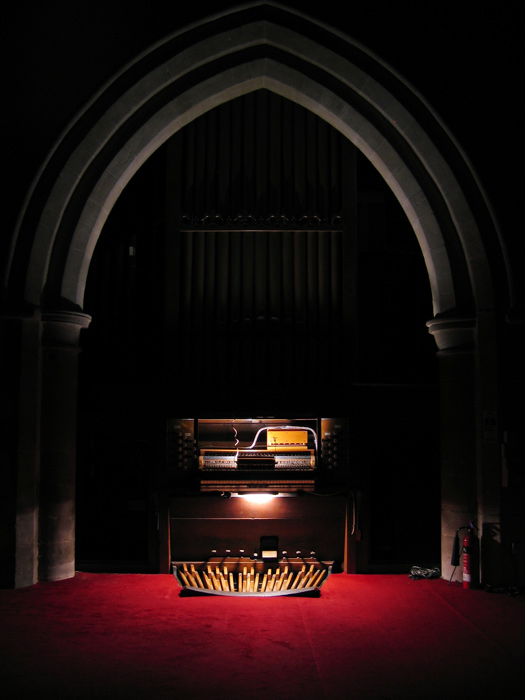 The full specification of the new organ is given below for those who may be interested,